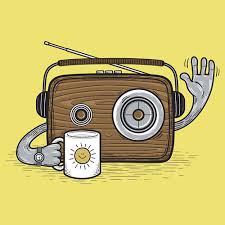 That’s the phrase my math-obsessed four-year-old used to say when playing the “I love you more” game. Of course, he was referencing the mathematical concept, googol. Excited by the infinite possibilities in the number 1+100 zeros, August’s love knew no bounds.
Lately I have been receiving more invitations for the new social platform, Google+, than I did invitations to 5 year-old’s birthday parties in my googol love days. So far I haven’t accepted any of them, I’m waiting for the party with the pony. Before I dive into another social ocean or launch into another learning curve, I want to know what I’m getting in to. If you’re feelin’ the love as well, you may want to check out the article I found explaining Google+ and how it differs (or not) from Facebook and Twitter. The segregation part may be a good thing, though I don’t really use the same tool on FB. When you express yourself as freely as I am wont to do, you know that not everybody needs to read every thought that pops into your head, no matter how brilliantly witty. A bit of discretion, please.
See you in the inner circle.

1. Circles
Google+ is based on a “circle” analogy, and this is where Google’s philosophy on sharing differs from Facebook. As stated in the interactive demo, “Circles makes it easy to put your friends from Saturday night in one circle, your parents in another, and your boss in a circle by himself — just like real life.” [LW: See “list” in Facebook]
Unlike Facebook, where a user broadcasts updates to a large audience, Google+ allows a user to break their “friends” into subgroups. These groups can be family, friends, co-workers, etc. This allows for very targeted conversations.

2. Stream
The Google+ Stream is very similar to the standard timeline you’ve come to expect. However, your Circles are displayed, enabling a user to select and view a Stream for that particular circle. This is actually a very nice feature. [LW: you can do this in Facebook, and I use it a lot, but it’s cumbersome]
You can also update your status here and you are not bound by the 140-character limit of Twitter. Some users may love this — personally, I’ve grown to appreciate that number. Adding photos, videos and location is super easy, but there are some missing elements, including an accessible RSS feed. It will be interesting to see Google expand this module.

3. Hangouts
Hangouts is a video chat module that allows for group videoconferencing. As you may know, Facebook recently partnered with Skype to bring video chat to Facebook, and TechCunch wrote an in-depth article, “Facebook Video Chat vs. Google Hangouts: It’s No Contest,” which covers these features in detail.
Essentially, Facebook supports one-on-one video conversations and Hangouts allows group chats. In fact, up to 10 people are supported. I tested this module and quickly discovered that performance and quality are greatly enhanced with a high-speed Internet connection. This is an intriguing feature that could have a ton of potential for remote team meetings. {LW: would clients like this if you send them a list of homes to consider – feels more like a face to face discussion even when it isn’t?]

4. Sparks
Sparks is another useful feature. Just enter a topic, click “search,” and articles from across the Web regarding that topic are streamed into the Sparks module. Topics are automatically saved and can be accessed at any time. You can be specific in creating Sparks. I was surprised at the different results displayed for “real estate marketing” and other industry-related terms.

5. Privacy
As with all social networking services, configuring your privacy settings in Google+ is imperative. To access your privacy settings, click the “gear” icon at the top right, select “settings,” followed by “profile” and “privacy.” Here you can customize everything from notifications to visibility.
Although Google is focused on the consumer experience, they announced via YouTube that they are developing plans for a business experience on Google+ that will be released later this year.

It is certainly too early to predict if consumers will adapt to Google+. Is it a Facebook and Twitter “killer”? I doubt it.